The eventful CSD program week should find its climax in the pride street festival and the CSD demo on the weekend.

This year, like last year, the street festival took place on the Alaunplatz. Compared to the Altmarkt, there are some advantages here: In contrast to the paved Altmarkt, here you will find meadow and trees, which makes it much easier to just take your blanket and find a nice place to sit down and watch the stage program. This creates a more relaxed atmosphere. Plus, the square is within walking distance to almost all queer venues. No matter if you forgot something and still need supplies or if participants want to go to a bar after the end of the stage program – you don’t have to walk through the city for a long time, you’re practically already there.

And so it was easy for many to look from the Alaunplatz on Friday to us in the BUNKER to our pride warmup party – in the usual relaxed atmosphere.

Then it continued on Saturday. Already early we were on the place and set up our club tent. It was very practical that we stood a bit at the edge, so that our tent was already directly visible from the path and from the rest of the park. In the course of the day, before, during and after the demo, we were able to meet new people in many conversations and thus draw attention to our association and our goals. 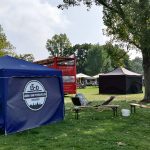 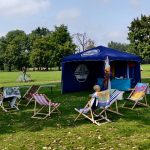 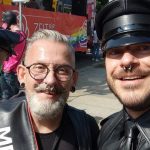 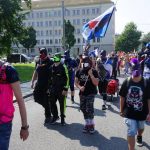 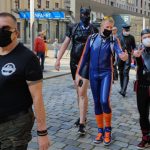 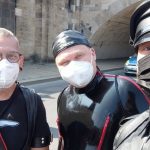 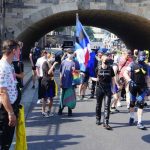 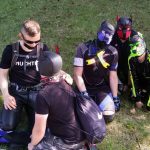 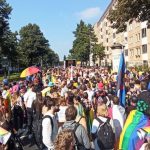 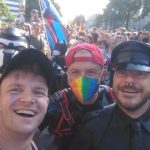 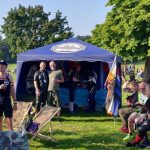 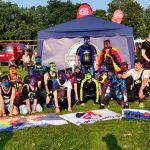 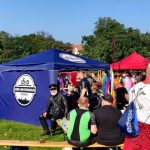 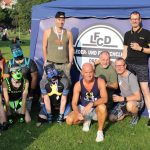 Like last year, we joined the demo route, which started at the Haus der Presse and ran through the touristic city center – past the Zwingerteich, the Semper Opera, the castle and the Frauenkirche.

We are very happy that we could invite Torsten, the reigning Mr. Fetish Germany, a well-known face of the fetish community to Dresden. It was very nice to show the flag together for the queer community and for fetish.

Unfortunately, some others could not be there, because a simultaneous strike has paralyzed virtually all rail traffic in Germany.

We have got our own location where our members and guests act out their feelings of wearing the fetish they like the most.

To get more information about our bar and the parties there, please visit the website of our bar: Bunker - Das Original.
Scroll Up